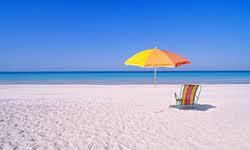 American Style Magazine named Saint Petersburg Florida the number one mid-sized city/art destination in the US. The hype that followed this rating has been considerable. From posh parties with blinking ice cubes in my fancy drink to elbow-polished counters at dive bars (yes, that one) over barely passable and eminently afordable gin and tonics, I've heard this cited by delusionary optimists, pom-pom waving cheerleaders/civic boosters, way too many bloggers who should know better, businessmen etc. numerous times. The City has been ballooning on all this hot air since Sept. 2010.

There had been considerable cries of complaint about the dissonance between the hype and the boots-on-the-ground reality of the rank and file artists. Ma Trib even assigned a writer and did an article about it. The Manna is coming....it will er...trickle down eventually.

No, it will not. What the Trib completely overlooked was the unthinkable.

By the end of this year, or early in 2014, three of the largest, best-funded, top galleries in the City will have closed.  Yes, closed. One already is. The big top in the Saint Petersburg Art scene is folding the tent. The local support for the top of the arts food chain is not here.

This is a reality check for the Arts in St. Pete. It's all too easy to make and/or embrace unrealistic claims, harder to live up to the hype. This can be seen as precipitate from the economic situation (plus lag). The reality is that the market for the upper end artists -- as it is for the less known -- is dire. As above so below. I talk to practically everyone, and I kept hearing the same thing. The level of dissonance between that and the hype was a total disconnect. 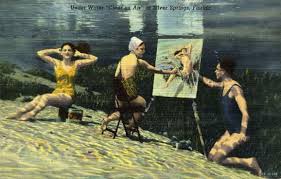 What is about to happen has already happened: It has already fallen. I am not writing this in an apocalyptic/grim/doomy-gloomy tone, but as an opportunity.  This is a golden chance to realign ourselves with reality, and to come to terms with the fact that we are all in the same boat. The time is to lay down the BS, stop listening to and pumping the hype factory, no matter how good the parties, and deal with things as they are, not as we would wish them to be.

Saint Petersburg has many true things and people to be proud of. You read about them here all the time. 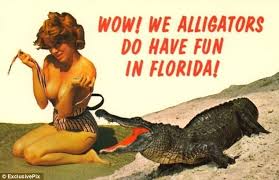