I ran into another writer (FB) on the arts at a cafe this last windy weekend. We spoke about graffiti among other things, and the show "Leave a Message" at the Morean Arts Center. He brought up what he referred to as the "scrawl" type of tag, how much he disliked it, and asked me what I thought. Tagging has to do with identity, turf, and the other aspects of graffiti I mentioned in this post [Link]. It is like a coal mine canary, in the sense that it speaks to a community about the status of its members. They have evolved since the 1970's, too. 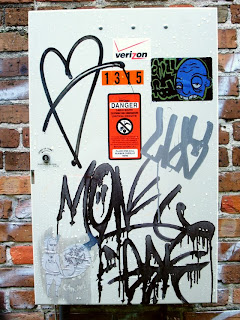 On a fuse box somewhere...


In an inset metal door, layer upon layer of tags over time, like a movie filmed on one frame. 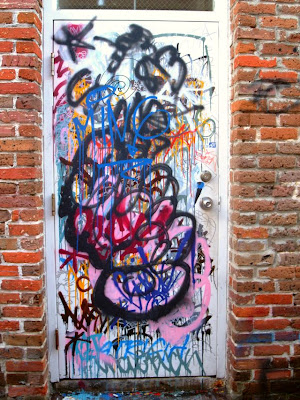