In its epic efforts to look presentable to the RNC, the city of Tampa has suddenly found money for the arts that hasn't existed for years. Amenities denied to its citizens are being rolled out like a red carpet for strangers who will be here for only a week. New trees on Bayshore (but only close to the Ice Palace) propped up and struggling with salt water intrusion from Debbie become metaphors. In the rush to put on the dog, $25 million have been sunk into the Ice Palace, strip joints are adding private lap dance rooms (for Christian Conservatives?), setting up chat rooms at $4/min. so the conventioneers can "develop relationships" with the girls before arriving, and one particularly creative joint is bringing in a Sarah Palin look-alike. Restaurants along Howard are sharpening their knives for what they hope will be a busy week. My dog's igloo is for rent to the RNC for $599.99 a night.

In the midst of all this hospitality, Street Art is being zealously eradicated.

What remains are hideous brown and black blots that look like diseased, necrotic bruises. Here's a few... 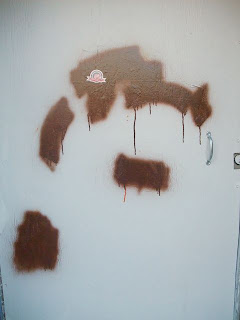 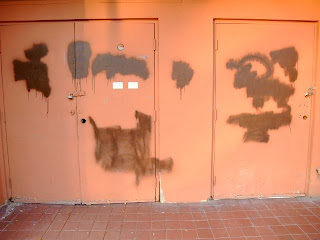 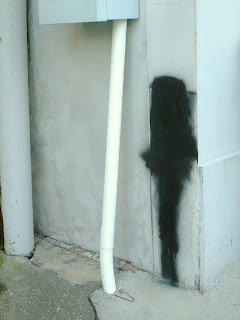 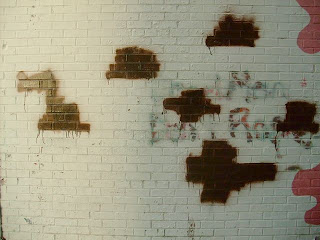