The Dark Side of Sunshine, by Paul Guzzo. 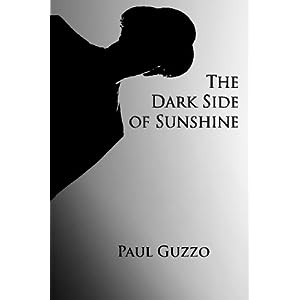 Underneath the beaches, culture, monuments and architecture that overtly define Tampa there lies a darker dimension. Paul Guzzo's new book, The Dark Side of Sunshine, explores the underbelly of the city and the characters who created and inhabited it.

It is a series of stories of wild, larger-than-life men, motivated by often traumatic early experiences, unbridled passion and desire, the dynamics of power, land and identity. From personal struggles arose commerce and conflict with others, sending ripples that affected not only the city and its people, but extended unto the national and even international arenas.

It is an ambitious book, covering a lot of ground, from the first encounters the Native Americans who lived here had with the first European arrivals to very recent times. A parallel narrative to the history of the city, with some very familiar names and others you've never heard of. Guzzo illuminates them, the city and its citizens, giving them form and life, rendering the initially incomprehensible or unbelievable into the understandable.

An early serial killer/arsonist, famous murder, a man who ruled Tampa when it was a wide open city, before its leading criminals learned to stay under the radar, shady deals, national attention in the form of the Kefauver Committee, some with leaders of other nations, significant details now almost lost in history, the origins of our sex industry, and much more.

Paul Guzzo guides his readers through a Tampa they thought they knew, to a place that is flawed, exciting, fully human and real. Written in a noir style, somewhat reniniscent of detective novels, this is the kind of book one reads straight through. For those who live in Tampa, The Dark Side of Sunshine squares the circle, but it's a thrilling series of stories about characters far stranger than fiction.

It is available here [Link].