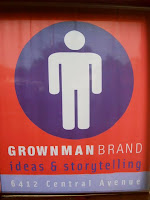 The Opening Celebration for the Cuban Sandwich Show (CSS) was held at Grown Man Brand Studios in Seminole Heights, Tampa. The Studio has its history. CSS Master of Ceremonies and creator David Audet used to have an art gallery there long ago. Today it is used to produce commercials -- and host events like this one. 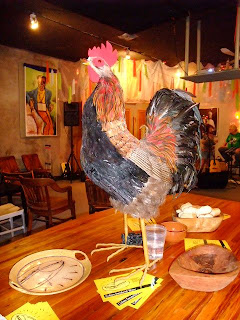 The celebration was part ritual, party and arts family gathering. It is the gateway event to the month-long Cuban Sandwich Show and an opportunity for Tampa artists to get together.  A giant effigy of a rooster, about 3 ft. tall, presided over the festivities atop the table. One can put a quarter in a slot disguised in its chest, and the thing will crow (sort of), then the quarter is pooped out its rear. 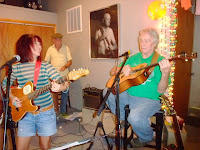 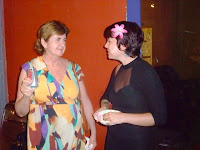 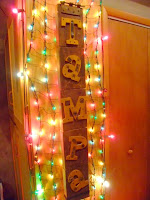 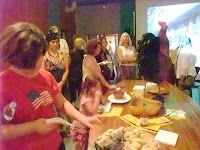 The event was catered by Michelle Faedo's On the Go Food Truck. Why am I writing about this? Because Michelle is a culinary artist who won the Cuban Sandwich competition even against the best Miami had to offer. Her food was extraordinarily good. The Cubans, Steak Sandwiches, Empanadas, ham & cheese and the devil crabs were a perfect complement to the quality of the event. [Link] 813-784-6933.


David Audet introduced James E. Tokley Sr, who read his "Epic of The Sandwiche Cubano", the beating heart of the Cuban Sandwich show. Tokley's reading was like a sacred ritual, an invocation of the spirit of the festival.

"But this alone I share with you...
And you may hear and keep for true,
That the God who is, yet hides His name,
Did then bestow to woman and man,
a gift to feed and kill the pain
Of the dispossessed in a foreign land!"

At that point it was clear that we had entered the Mythic time that is the Cuban Sandwich Show. 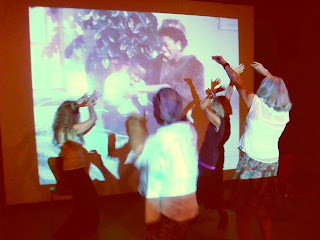 Maenads broke into spontaneous dance to the Bunko Squad's song, riffing to the film playing on the projection screen, their shadows and bodies swaying in the light. 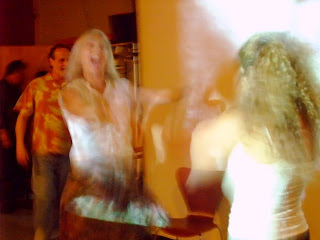 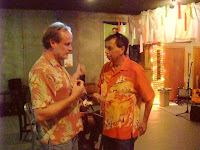 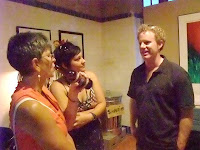 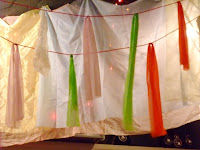 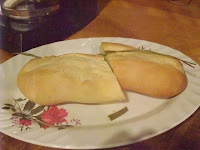 It's official: The Cuban Sandwich Show Festival has begun.