A parade dedicated to the chickens of Ybor, those clucky, plucky roaming symbols of freedom and our past which can be seen pecking around just off Seventh Avenue, delighting tourists and locals alike. This parade was more specific. It also celebrated the life of one particular chicken who embodied all that means and was a legend in his own time: James E. Rooster. His small coffin would lead the parade, pulled along by Cuban Sandwich Show (CSS) organizer, master-of-ceremonies and parade Grand Marshall, David Audet. Big Al's BBQ was the assembly point. James' effigy was also present, as it has been in most of the other ten CSS events that preceded this one, keeping a golden eye on the proceedings.


People, children and dogs assembled in the parking lot of Big Al's. A great, big, dripping-with-diversity wedge of a cross-section of Tampa's citizens. Some were dressed wildly for the occassions, others wore the accoutrements we made the day before at Grown Man Studios, all were smiling with anticipation. David Audet spoke with a surprising amount of reporters.

A brief and inspiring speech prepared the crowd for launching as reporters immortalized the moment... 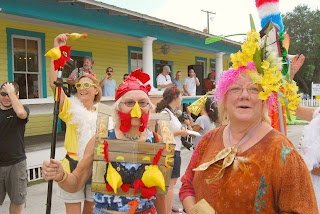 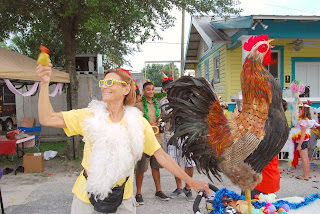 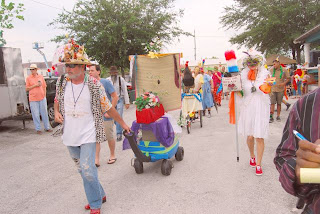 The Parade began, taking James E. Rooster for one more walk around his favorite haunts.

The stream of radiant revelers went through Gaspar's Grotto 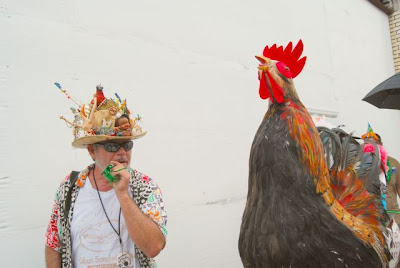 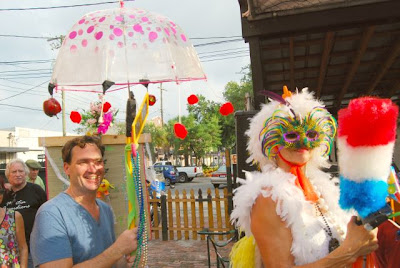 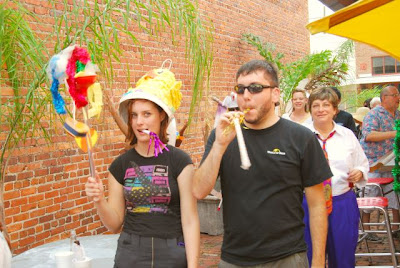 The parade found its way to the place where James E. Rooster lived and rests: The Rice family home, where chicken statues and photographic albums from prior Chicken Parades were laid out for all to peruse. 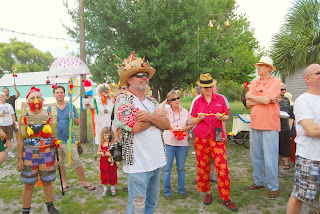 Mrs. Rice climbed on something and gave a little background talk. 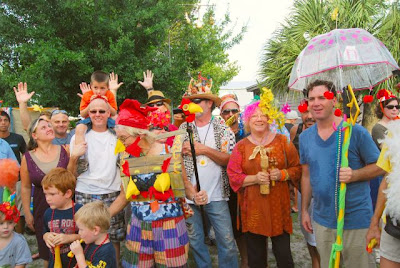 Congratulations to David Audet and his crew for a great Cuban Sandwich Festival. This is an authentic celebration of our culture, history, the collective and the individual. It is a great way to remember who we are, where we come from, where we live, and walk into the future unfolding before us. Thank you, David, for bringing me into this.