There are good things happening in the Warehouse Arts District (WAD). Some are below the radar so far, like the Pangea Project. These concerts, put on by impressario and musician Jesse Vance are consistent, high-quality experiences that are greater than the sum of their parts. Pangea Project is bringing the best avant-garde art musicians to its stage. Here is a gallery of photographs from No. 26.

There is a small art gallery inside the Venture Compound. There was an art show in conjunction with the concert. Here's a few highlights...

On the left is Yoko Nogami's "Backyard Waltz" painting, oil on wood, of a large black cat dancing with what appears to be a young girl (tween?).  The cat has a semi-salacious smile on his face. 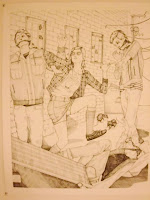 On the left is Kelsie Conley's "Rape Revenge", an iconic-looking pen-and-ink on paper. The former victim wreaks revenge with brass knuckles deftly used, a knife and a well-placed kick to the 3rd rapist. in the background, two rats go about their business. 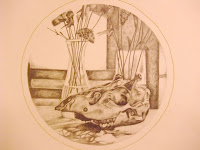 Mia Culbertson had several pieces in the show. "Still Life With Skull", with its mix of flowers living on borrowed time in their vase, and the skull already past that caught my eye. 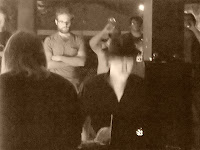 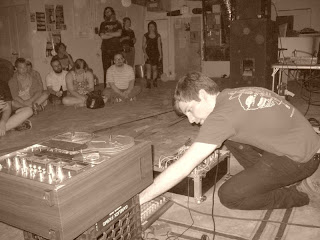 Another concertgoer remarked to me that listening to Infinite Third was "like having your soul cleansed". It is. 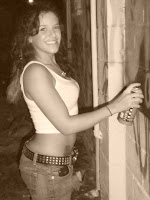 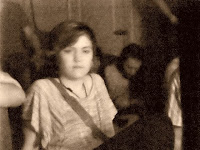 Outside the building, inspired by the music, some painted graffiti on its walls.
Inside, others were spellbound... 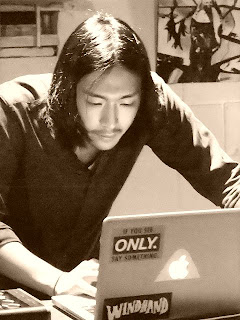 This musician, whose home is in Japan, played an energized set. He is with Windband. 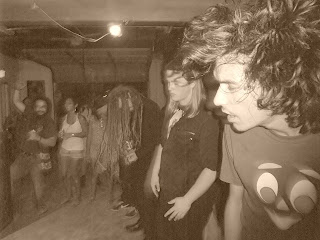 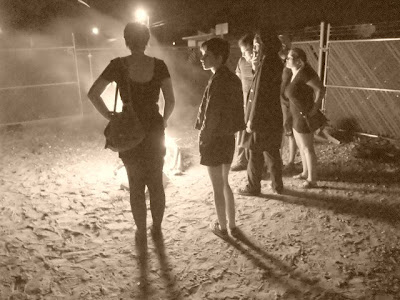 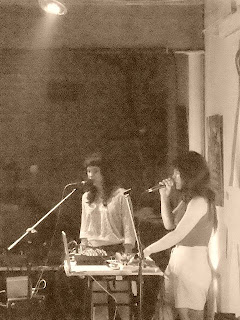 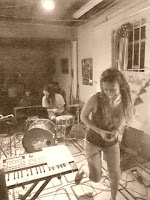 Stoic and Jun at play
. 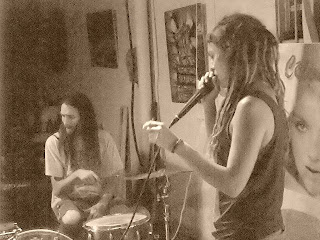 Congratulations to all the musicians, artists, Jesse, Trey and the crew for a great experience.