"Sea Bass" has put up another figurative mural. This one is somewhat concealed, on the back of a building, facing a private, gated courtyard. Luckily, the gate was open when I happened by.

The figure is a very similar character to the other Sea Bass mural reported on here recently. The same  creature, this time with two heads, one of which has been cut off and hangs by the same trailing corkscrew of 'flesh' as in the earlier one. Note how the figure looks at the severed head, yet is literally fleeing the scene. 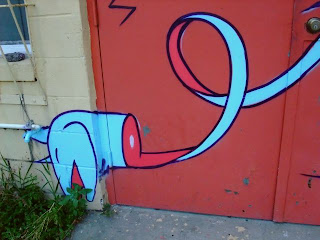 Here's a close-up view of the severed head... 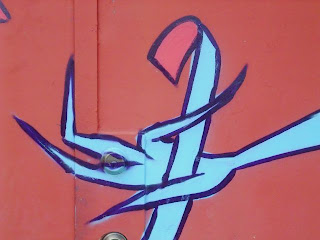 Close-up of the hand (paw?) gesture. 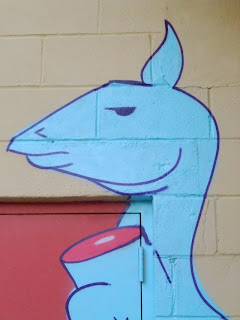 On the right, a closer look at the head of the figure of this enigmatic work by Sea Bass.