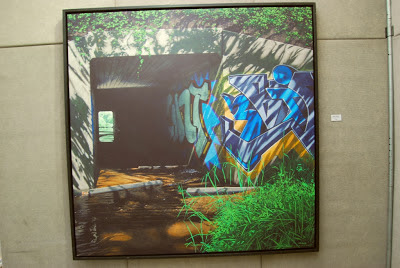 "Rogue Gallery",  by Scott Coulter from Sarasota, is a rarity: A painting about graffiti and the art impulse that lies behind both.


This is not what one might expect from Orlando's Ummarid Eitharong. For a long time his work has been more realist than this. I spoke with him and he told me it was time for a change for him, to do work more direct from the subconscious, with freer forms. 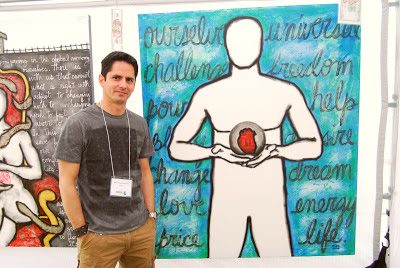 Ernesto Piloto-Marquez has been reviewed several times in this blog. His work, among other things, is intimately connected with the relationship between us, money, and ultimately each other. He is one of a handful of local artists who integrates the written word and image in a synergistic manner.

Donna Gordon, sculptress and gallerist brought her fine, luxurious bronzes to the show.