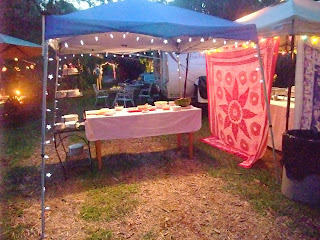 Most plays take place on a stage, real or improvised, where the performance unfolds before the audience. This one did not. David Audet wrote and produced "Hannah's Whorl" as part of his Cuban Sandwich Festival for 2013. 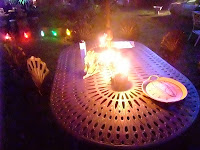 On the surface it is a straightforward story. A local belle, an eddy in the Hillsborough river, a canoe, lost love...then it gets surreal. I am not going to give away any spoilers because I have been informed that this play will be staged again this Fall, which means soon

The play is subtitled "A sensorial garden", which is a garden designed to stimulate the senses, something this play does. These gardens are used nowadays as a form of therapy and were used in the Montessori system at one time. The setting for this play was in a large backyard. There were several tables set around the house, with tents under which appetizers were laid out.

A botanist led the playgoers to a table where many sensorial plants were laid out. The audience sniffed, touched and passed these plants around. Our senses were awakened. We were lead down a trail with several stations in which the play unfolded in narrative and revelatory ways in the form of tableaux and performances. In between, there were other stations with examples of local plants whose morphology, relevance and significance our guide elucidated. One soon realized that the plants are metaphorically related to the play. 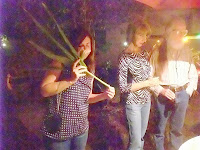 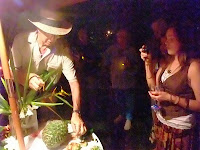 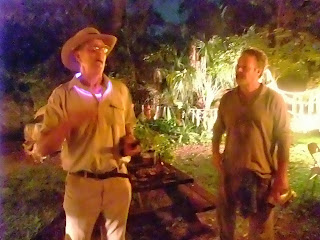 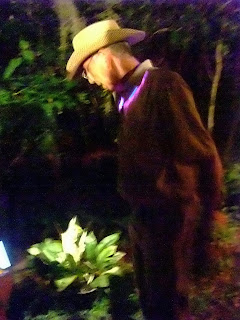 Single file, holding our mini flashlights, we traced our way through the garden, one scene after another,  like Hanna in her whorl, in circles, outside of profane time and into mythic time. At the play's end, we partook of a culinary feast. It was an extraordinary and unique theater experience. 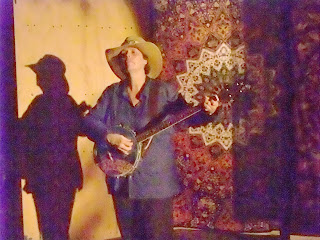 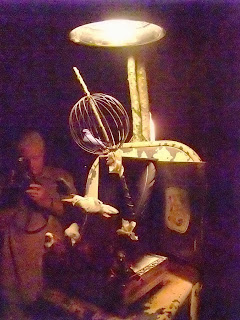 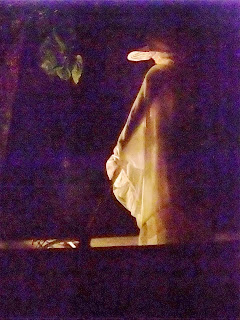 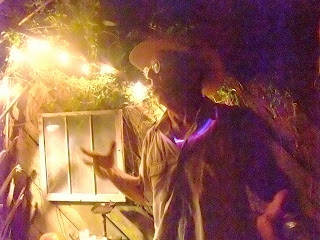 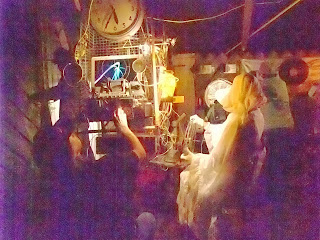 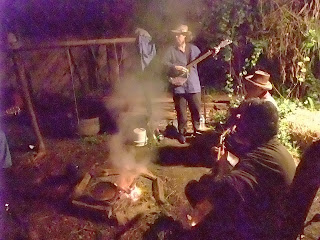 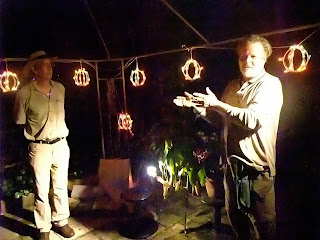 This will be put on again this Fall. I cannot recommend it strongly enough. 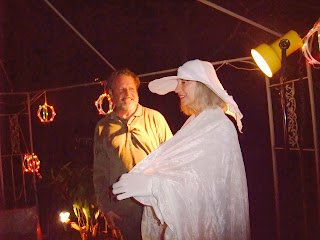 Congratulations to David Audet, Frances Brown, Donny, Ruthie Diane, and the large number of people who made this possible.