It's hard to believe a year has gone by since Rosey Williams and Kaitlin Crockett opened up her vintage store on the 600 block. Her store is a success story during difficult times. She is carrying more clothing, serving more customers and doing well. On its own, this is a considerable accomplishment, but these two has done it with taste, elegance, class and most of all their own individuated style.

They have done much more, engaging in community building via hosting various arts centered events in their space, featuring many of the best artists and musicians in the area. Rosie also came up with the First Saturday Indie Market, a great idea and welcome addition to bring much needed foot traffic to the 600 block. It has had its teething pains, but overall has been a success.


All of this in one year. Happy Birthday to Rambling Rose, Rosey Williams, Kaitlin Crockett and her crew. Thank you for what you bring to the community. 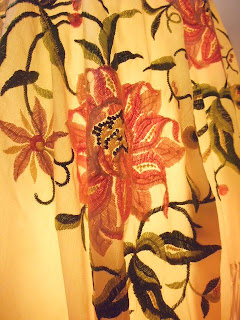 I hope this gives an idea of what the party was like early on, and Ramblin Rose's distinct sense of style.