I see this guy's work all over Tampa. 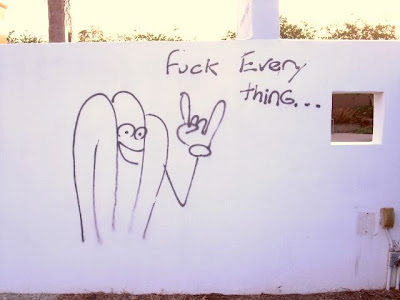 He's managed to anger a lot of other writers, though some of the best think Hot Dog's funny.

I often see his pieces with er...
impolite criticism all over them. Some of his work is or has been up in some of the busiest streets in the city. This one is typical, maybe bigger, a bit more elaborate with the gloved hand and the comment. Because of its location, I would consider this the first political graffiti directed at the RNC Convention.