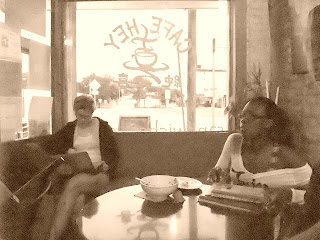 Cafe Hey is a great Cafe/Eatery located on Franklin Street, just north of the Expressway and downtown Tampa. [Link]. The coffees, pies, Bahn Mi sandwiches and particularly the soups are first rate. Its popularity is partially due to its being a small, intimate and significant cultural hub, with regular art shows, movie screenings, concerts, and on Thursdays,  Open mic Night.  This is hosted by poetess Nyssa Hanger whose Doordtop Productions [Link], along with Cafe Hey and the performers,  makes these wonderful events possible. 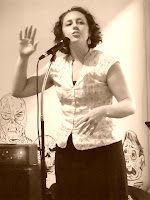 The evening began with Nyssa doing a story of Pangea, which edged into Gaia territory, with the idea of the Earth as a kind of organism. It was told with the energized, beautifully expressed and timed style that is Nyssa's. 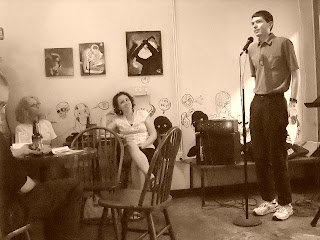 Brian Aurati read his poem "The End of the World", which touched upon the fact that everything's been done and made. Also, "Begin the Pantomime", which was very touching. 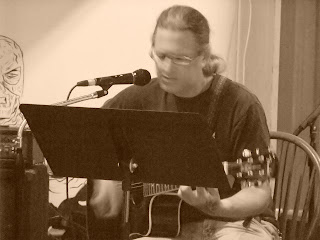 Larry Ludwig, musician and music teacher, played a folksy guitar. One line from one of his songs stayed with me: "For a while you feel safe", regarding the fragility and ephemerality of life. For the Brandon Library attack survivor, he sang a number he wrote titled "Living Angel". It was heartbreaking and heartwarming simultaneously. Beautiful. 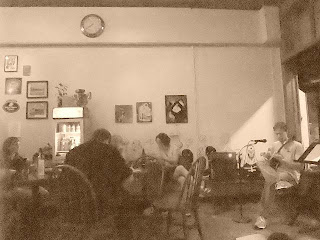 Matthew, who has a memorable voice, sang the lyrical "Lullaby" , about the gray zone between consciousness and sleep, and getting across it. He also sang another song about a girl with an outrageous body titled "Oh my Lord". 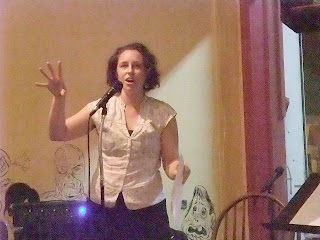 The Occupy Wall Street protests have been going on in Tampa and Nyssa opened up a comedic exploration of the subject. 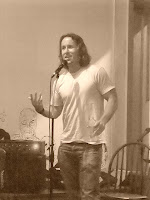 Lan Smith satirized the OWS protests and had the crowd laughing. 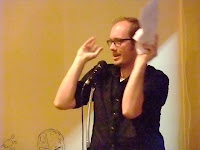 Cole Bellamy did a comedy routine involving the OWS demonstrations, a poem about silverfish (maybe the only one ever!), 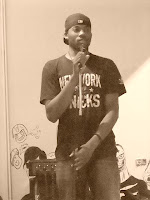 J.B. Bell did poignant and funny comedy about threesomes and the balance of attractiveness, the built-in flashlight feature in a Blackberry, fights, horses and the way we humans 'love' them. 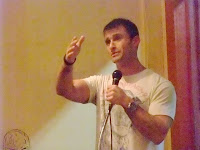 On the right, David W. ruminated on the idea of a Pig Latin Bible, Diaper-suited babies, Zombie-like DMV employees, and more. He ended with a patriotic poem titled "Breed of Combat Soldiers".

Ann, who did not want her picture on the internet (which is a shame because she photographs beautifully) did a marvelously expressive reading of a great story about how the Kangaroo became special and popular. 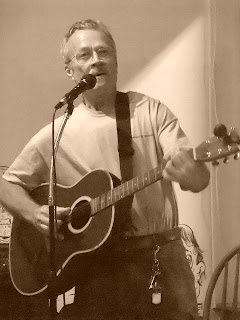 Zane told us about his life in relation to the war, his narrow escape from being in it, and about what it was like to be in Berlin in 1969. Peace-centered, beautiful stuff. He did a once-popular anti-war song by Country Joe and the Fish (I think). 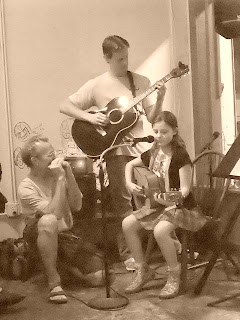 The unspeakably cute Riva sang, in the picture with a little help from her friends, later, all on her own. She capably picked her way through songs like "Big Boss Man" & "Yellow Submarine". I went to see her play at the Gulfport Art Walk a day later. 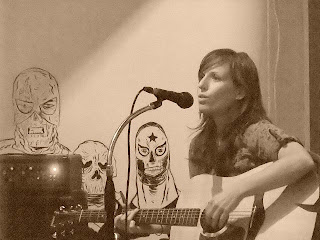 Deb started with a cover of Neil Young's "Heart of Gold", then did a song of her own titled"OM", which was mysterious, haunting and meditative. 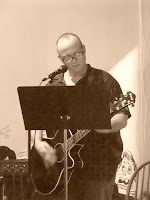 Ralph Ross did a sad and bittersweet song laced with the sense of loss, and forgiveness about a friend who overdosed. 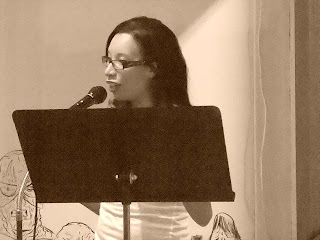 Mona did a very funny skit about her overweight bulldog, life in an apartment, the serious absurdities of being single, things like flirting in the Tampon aisle, and elapsed time since the last Ikea visit. 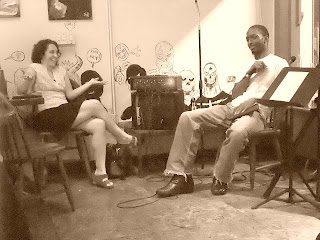 Chioke read a poem on Ennui, another by Sivia Plath, and Nyssa closed the evening.


Congratulations to the poets, singers and comedians, Nyssa Hanger, and Cafe Hey for a wonderful evening.