The Taste of the Cuban Sandwich was to be held at the Cuban Club, but they weren't finished with their renovation, so it was moved to an HCC building right across the street. Part of the event was the taste, and part was the building of the biggest Cuban Sandwich ever, which was verified, cut up and distributed to Metropolitan Ministries to serve homeless people.

A few photographs from the event... 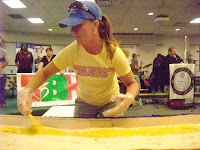 Applying the mustard via brush... 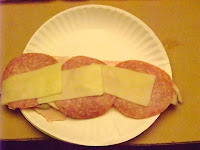 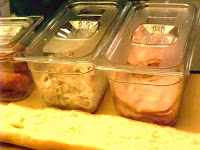 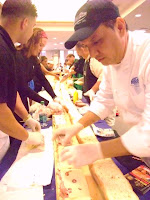 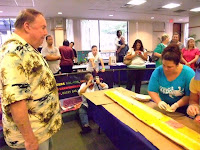 On the left, Steve Otto does quality assurance as the crews lay down the contents of the world's biggest Cuban. 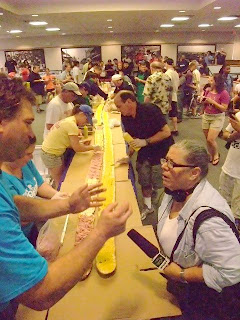 Taste of the Cuban Sandwich

Food fest featuring traditional Tampa cuisine, featuring winners of the Cuban Sandwich Festival held in Ybor in May, plus Cuban sandwiches from numerous local restaurants; plus roast pork, deviled crabs, empanadas, flan. Live music by Ray Viladonga and Dreamboat, and a special performance of I Am a Cuban Sandwich, a one-man performance by Richard DiPietra is scheduled.
Posted by Luis at 10:30 PM