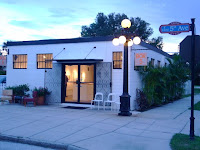 The Box on 5th is a stand-alone boxy white building next to a grassy parking lot on 5th Ave in Ybor City that has been converted into an art gallery.


This was its third show and my first visit to this art space. It was co-curated by Tracy Midulla Reller, who chose the artists, Mitzi Gordon of Bluebird Bus fame, who chose the works, and Vince Kral hung them. More on him later. Here are a few photographs from that opening night, just first impressions. 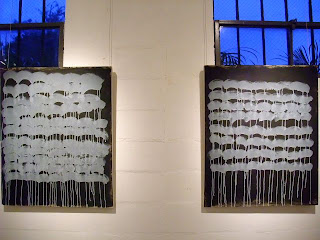 Work above is by Zesch Fallon, abstract acrylic on raw canvas 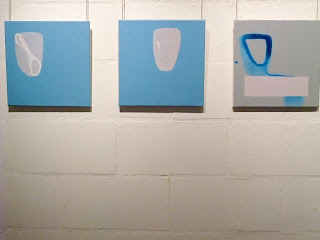 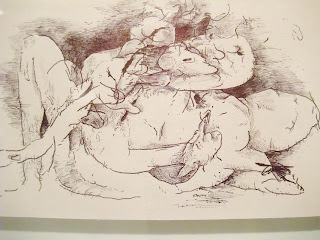 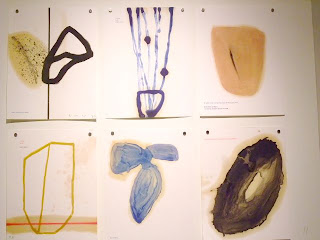 In the middle of the space is a long counter on which select books from the Bluebird Bus were offered for sale. 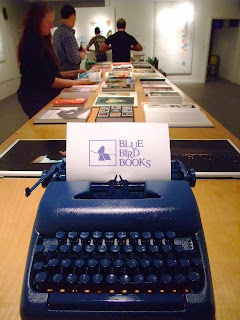 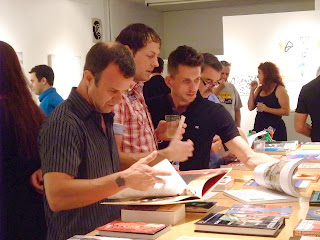 Congratulations to all the artists, Tracy Midulla Reller, Mitzi Gordon and the owner of the building for a memorable show. The Box on 5th shows a lot of promise. I look forward to their next show, which will be Vince Kral's first solo show. It opens on October 5th.