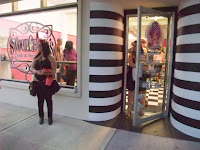 This shop at 1045 Central Ave. opened to a spirited crowd of well-wishers, friends and neighbors on April 20th. They featured the "Steampunk Circus", which consisted of a few carnival games, a costume contest, raffle prizes and the work of 30 artists. 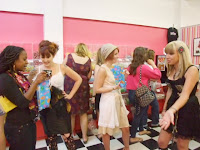 There were lots of beautiful people on hand. I spoke at length with both of the families involved. They put in two solid months re-bopping the space to its upbeat, trendy status. Those families were blessed with beautiful kids, specially their daughters. One son is a tattoo artist named Keller who co-owns Classic Tattoos in Pinellas Park [Link]. There's a fully equipped pro-caliber portrait photo studio on the premises run by photographer S.K. Fish [Link] 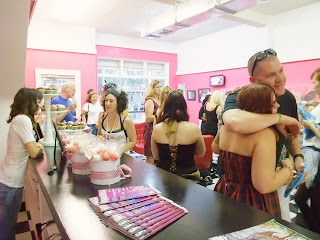 This is the view from the counter. It was packed with sweet goodies at the opening. 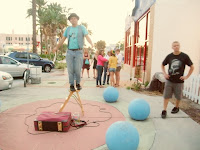 And there was art. Part of it was a traveling show with the Steam punk Circus, though I was told that in the future There will be art by at least one of the principals up on the walls. 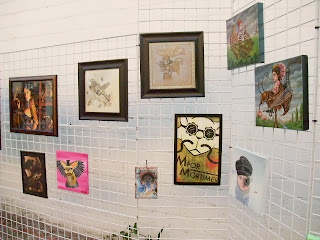 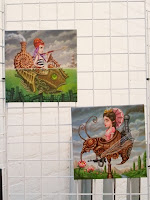 The art was along the steam punk theme, varying widely in quality, mostly unremarkable, and unlabeled. It was very affordable, and the friend I went with to this opening bought a print, and he's a printer. 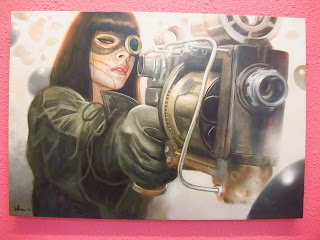 On the left, my pick of what was there.


It was a wonderful opening/evening at Sweet Cheeks. The families that own and run the business are warm, friendly people. Treat your sweet tooth and visage to a visit.

The concept is unique, and AT wishes Jessica and the crew the best.